Home Watches
OMEGA
Sell anything OMEGA has never been easier with Jewel Cafe! 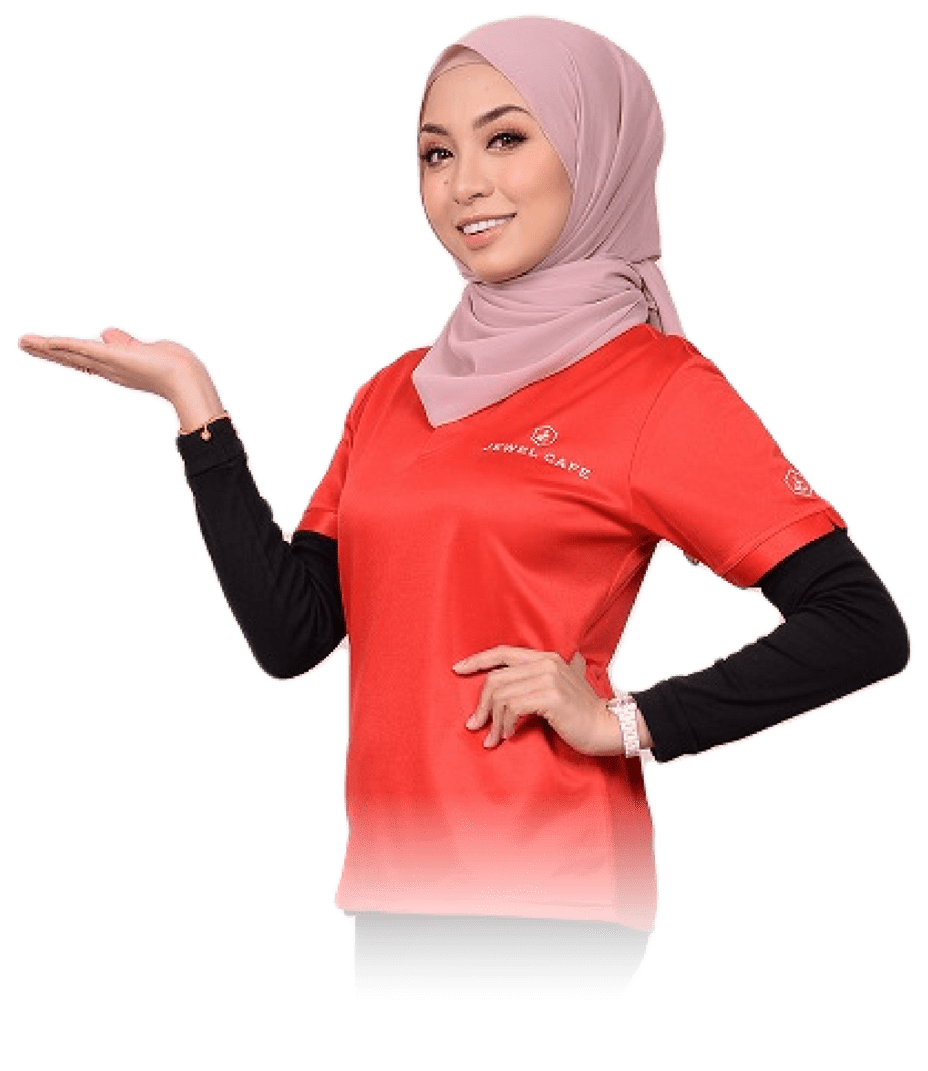 Leave it to Jewel Cafe if you want to sell Omega! Speedmaster, Seamaster, Constellation, De Ville etc. are dram of many adults around the world. Jewel Cafe is popular for buying Omega and still strengthening. Covering a wide range model including men’s and ladies. Customers are satisfied with our high price purchasing by utilizing the largest merits of the second-hand industry. We also response to appraisal inquiries from either email, LINE etc. If you have request such as “I want to change new Omega.” or “I want to add the fund to buy new watch.” , please visit Jewel Cafe to sell your Omega.

Purchase Results
OMEGA is purchased by thousands of customers every day at Jewel Cafes nationwide. Here are some examples of OMEGA Jewel Cafe had bought. If you have any questions, please feel free to contact us. If you are not sure whether you can sell it or not, please feel free to contact us first.
See More
Search Shop
Find a store near you.
Search Shop
Kuala Lumpur
Selangor
Penang
AEON AU2 Setiawangsa AEON Taman Maluri
AEON Bukit Raja AEON Taman Equine Tropicana Gardens AEON Bukit Tinggi
AEON Bukit Mertajam
Return to Area Selection 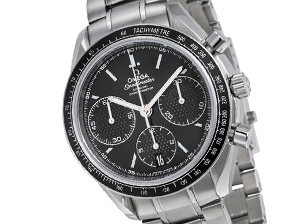 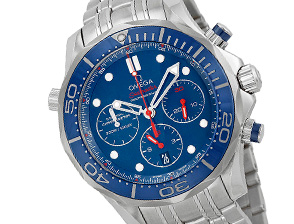 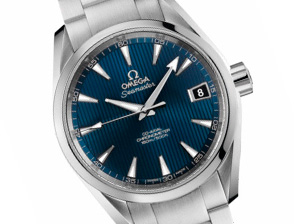 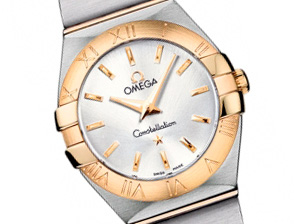 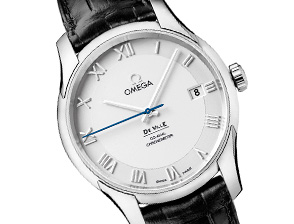 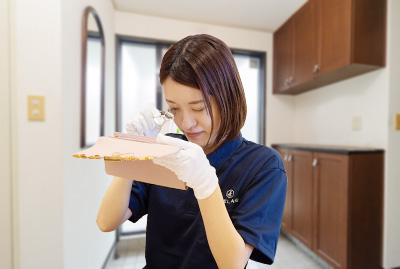 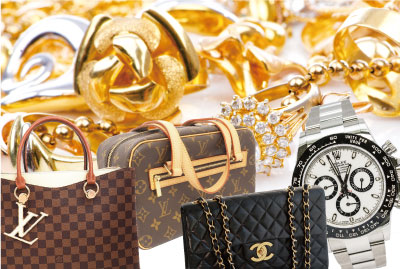 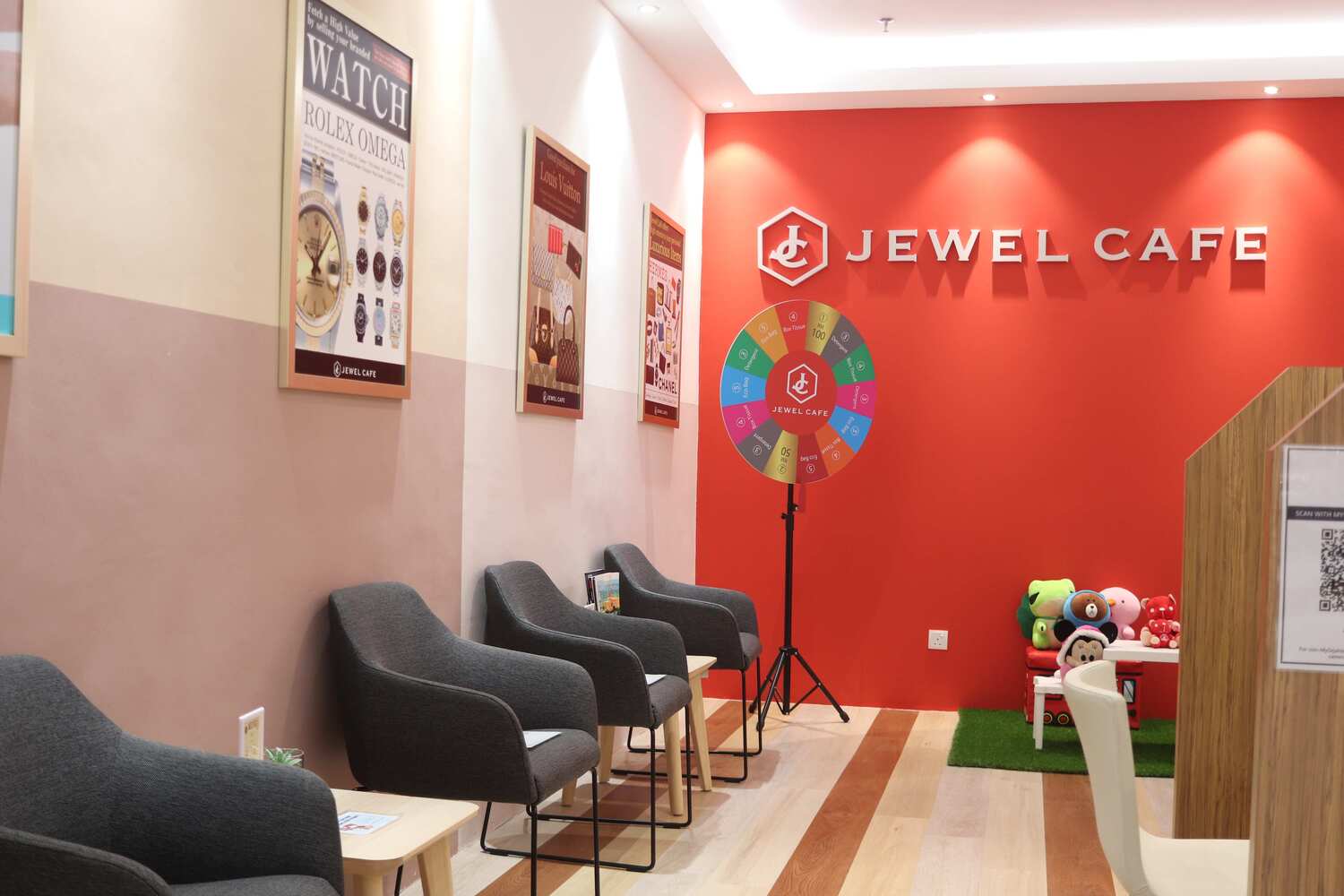 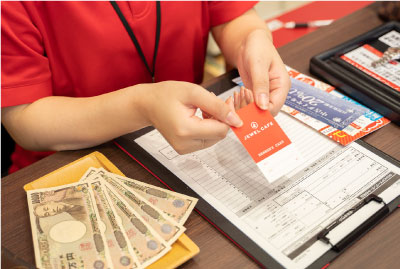 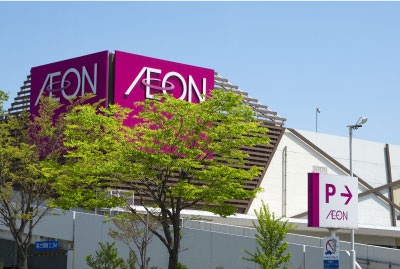 When I searched for a place to sell my old Omega watch, I found Jewel Cafe. So I made a phone call. The staff helped me to get all the details that I needed. I visited Jewel Cafe directly and I felt very welcomed. The staff greet me cheerily and serve me with the drinks and snacks. For my Omega watch, they told me that some parts of my watch got a few scratches and some of the engraving was also very hard to see. But the process was smooth and finally they quoted me with a very good offer. I also got so lucky because I won RM100 from a lucky draw. I will come back here with other items. Really recommended.
4.5

I am really touched by Jewel Cafe's service. The staff are so friendly and helpful. A few days ago, I brought in a limited edition model of my Omega watch. This watch was a gift from my father who really likes to collect limited edition stuff. This Omega watch is really special because it's a collection of the Omega Seamaster Diver 300m James Bond edition. This edition is only limited to 7,007 pieces worldwide. At first, I thought this watch was only an imitation and I only went there because I wanted free estimation. But I just try my luck here and they treat me very well although at first they already knew I don't have any intention to sell. They explained and educated me about Omega watches and finally I sold it to them! The prices are so reasonable. They also offer a lot of privileges for new members!
4.1

Jewel cafe can buy my omega watch without receipt, while most of other places need receipt

I just sold my Omega watch at Jewel Cafe yesterday. Before this, I went to other places and most of them only accepted certain conditions, models and some of them needed receipts. As for mine, I already lost the receipt and certificate when I moved from my old place. The staff was really helpful and friendly. They still serve me despite my watch's condition not so good. I also sold a few other cheaper brand watches such as Seiko and Citizen which they also can accept. Very satisfied with the price and the service. Keep it up Jewel Cafe! I will definitely introduce my relatives and friends to sell here!
Search Shop
Find a store near you.
Search Shop
Kuala Lumpur
Selangor
Penang
AEON AU2 Setiawangsa AEON Taman Maluri
AEON Bukit Raja AEON Taman Equine Tropicana Gardens AEON Bukit Tinggi
AEON Bukit Mertajam
Return to Area Selection 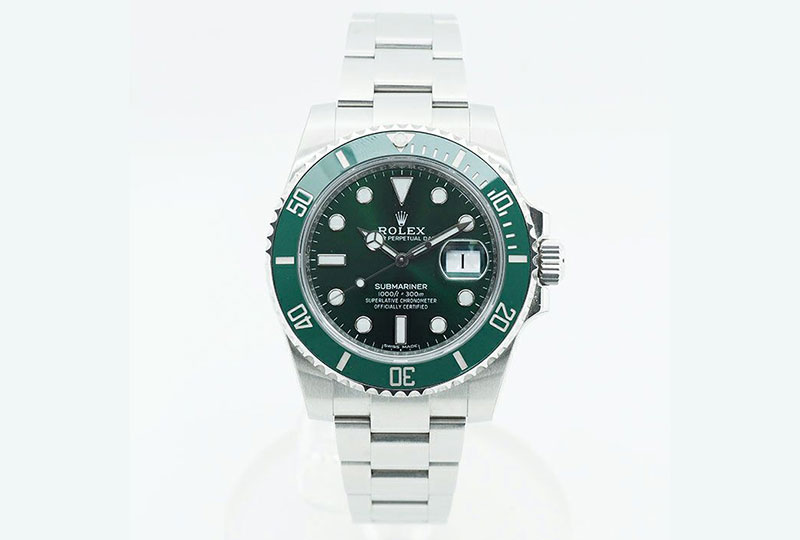 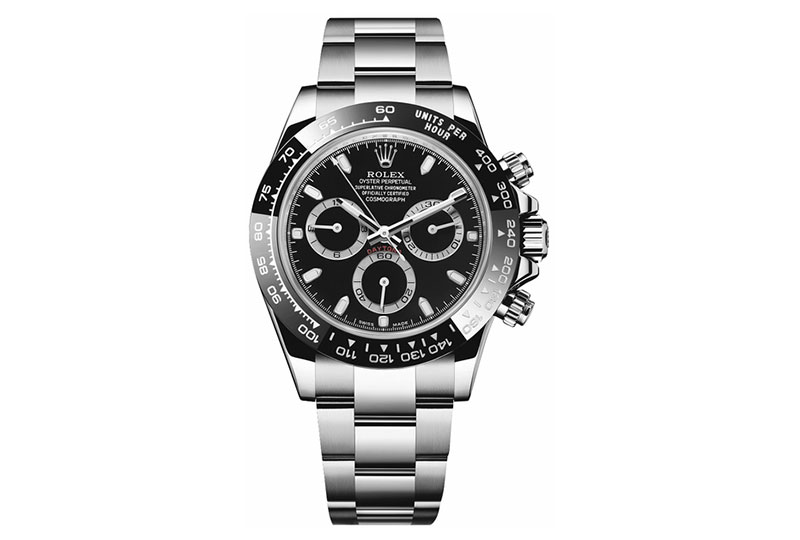 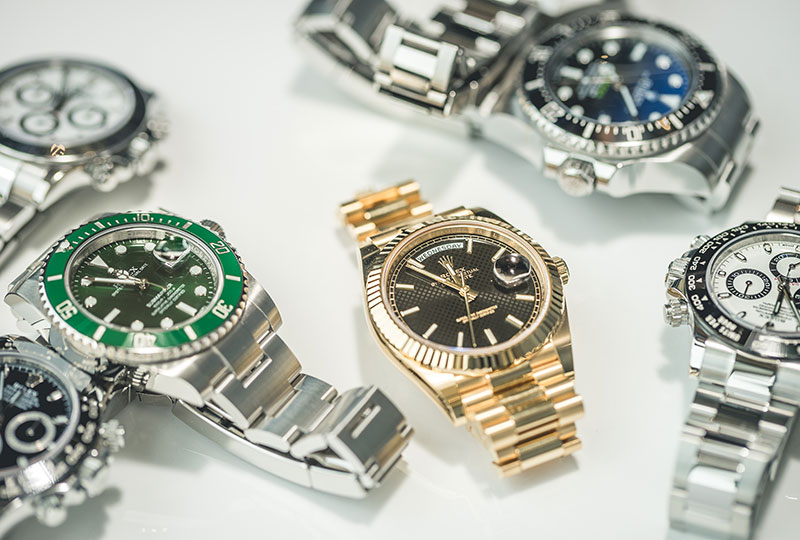 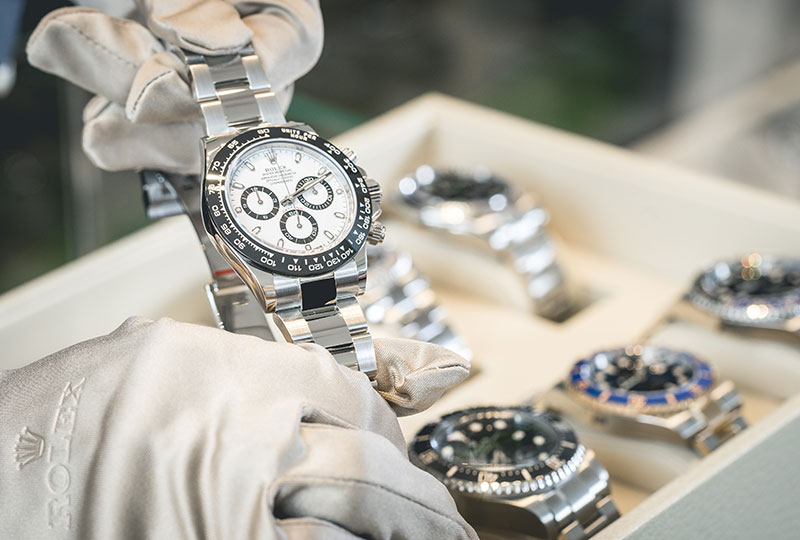 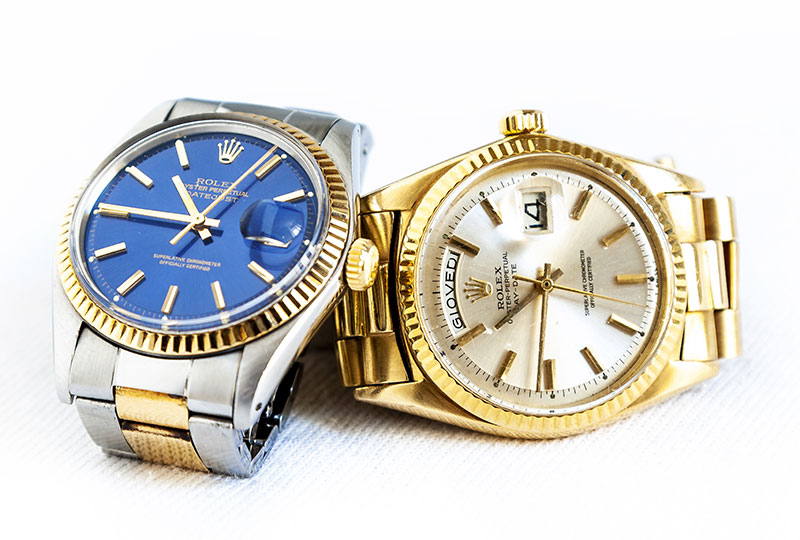 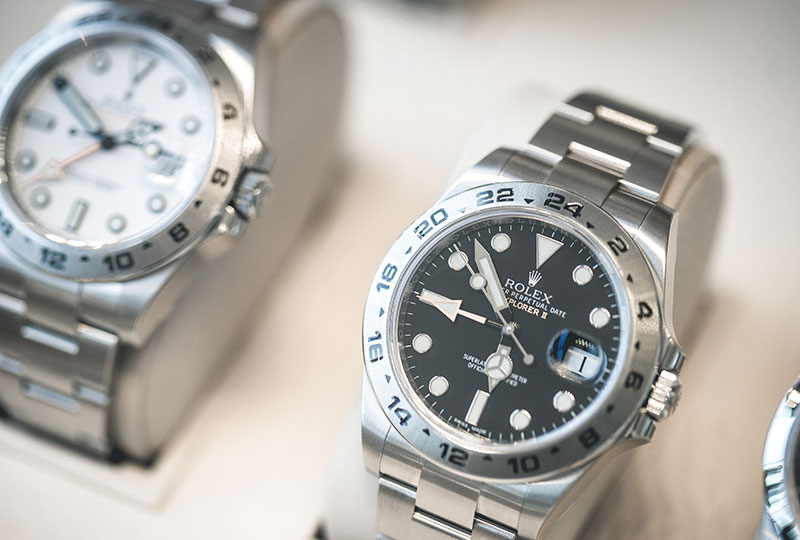 In 1947, the mist of World War II, this collection was born from the request if Royal Air Force with the Military specification as the base of waterproof watch. Later, with adding new technologies, it had established a position as professional diver’ s watch and becoming extremely popular. This famous watch was also used by the James Bond’ s main character in the movie “007”.

This model was firstly released in 1957 based on Seamaster 300 and appeared as new generation “wrist computer” equipped with 3 register chronograph and tachymeter. Even after more than half century, it is still being made with almost without change in the design and mechanism. When Apollo 11 succeeded in landing on the moon for the first time in human history in 1969, it is also famous as the watch wrapped around Captain Armstrong’ s wrist when standing on the moon.

The Constellation meaning “Zodiac” was born in 1952, and it is a model that won various contests competing for its accuracy. It matches both formal and elegant clothes for its design, it is also popular with does not choose TPO. The most distinctive feature is the 4 nails (grip) on the bezel with both men’ s and ladies’ sizes lined up and recommended as a pair watch.

Omega (OMEGA)" is a Swiss watch brand that stands out among luxury watches for its name, popularity, and functionality.

With reasonable prices achieved through integrated in-house production and mass production, the brand has grown to attract attention from all over the world. In 1948, the Seamaster, a pioneering diver's watch, was launched, and in 1957, the Speedmaster Professional, a moon watch, was introduced to accompany moon flights. OMEGA actively sponsors the Olympic Games and other events, and continues to promote the image of "Precision = OMEGA" throughout the world. Many collectors have been fascinated by the stature and precision of OMEGA's movements, which are steeped in history and tradition, and have made famous personalities and celebrities swoon.

As the flagship of the Swatch Group, the largest watch group in the Swiss watch kingdom, OMEGA boasts worldwide popularity. Its history began with a watch assembly workshop opened by founder Louis Blanc in La Chaux-de-Fonds.

Toward the end of the 19th century, the company developed a series of ultra-high-precision movements, such as the "Omega calibers," from which the Fland name is derived. Once its credibility was recognized, the company began to demonstrate its capabilities in the field of sports timekeeping in the 20th century. Its accuracy can be seen in the fact that it has already been adopted as the official timekeeper for the Tokyo Olympics in 2021.

A representative model is the Seamaster, which legendary diver Jacques Mayol wore to demonstrate its performance when he set the world record for bare diving at 101 meters in 1981. The "Speedmaster," a sports watch developed as a developmental model of the Speedmaster, has been used in numerous space flights, including the first human landing on the moon by Apollo 11. OMEGA's trends, which always present functions and durability that are ahead of their eras, are keenly anticipated by watch enthusiasts around the world.

At Jewel Cafe, we are strengthening our purchase of Omega watches at our stores nationwide. We will carefully assess and purchase new models, as well as those that have been purchased for a number of years, or have scratches on the glass, deteriorated belts, or have not been overhauled. Please contact your nearest Jewel Cafe now.