Home Column By types What are the precautions for handling luxury watches? | JEWEL CAFÉ Malaysia

By types What are the precautions for handling luxury watches? | JEWEL CAFÉ Malaysia 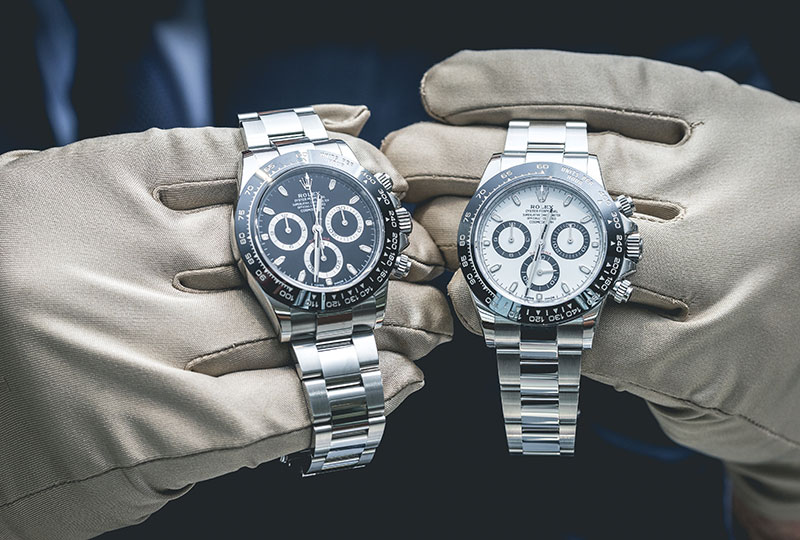 Everyone is happy when they get an expensive luxury watch for the first time. Brand luxury watches can cost around 100 times more than ordinary watches, and that’s why the expectation rises, saying “Because I paid so much money to get …”. Not only for the first time, there is no preconceived notion that it should be excellent in various aspects such as not only the design but also the precision of the country, the variety of functions, and the toughness that it is easy to get out of order and break.

However, in many cases, brand luxury watches have the fate that they are more delicate since they are luxury products. (I think this applies to items other than watches in many cases.) There is a preconception that “the price is high, so it should be excellent” But it is very difficult to pursue “luxury design” and “fragility” because it is reflected in the design. (For example, if you compare the design of a watch called G-SHOCK, which symbolizes toughness, with the design of a luxury watch that pursues fashion, the difference in appearance is obvious. Even if it is a mechanism, it will be quite different)

How to handle delicate luxury watches?

Proper handling according to the type of luxury watch will be the most appropriate way.

In order to make a watch last longer, it is of course necessary to follow the instructions in the manual as much as possible to “use it correctly”. Up to here is common to all watch. However, as I introduced in the column before, there are three types of luxury watches, and handling them accordingly is the most important point to extend the life of delicate luxury watches.

What are the precautions for handling “self-winding” watches?

The self-winding type is one of the most widely used types in luxury watches. The mainspring drive is the same as the “manual winding type”, but it is a type that winds the mainspring by the movement of the owner’s arm (when walking, etc.), which uses a weight called a rotor.

One thing to note about this type is

〇 Keep the time that you should and never change the date. For mechanical watches, there is a time zone called prohibited time zone for calendar operation. Depending on the model, the gear in the movement is in a state of changing the date display for about 8 hours from 8 pm to 4 am, so if you turn the crown and change the date and time within that time, the gear will change. Trouble such as chipping may lead to a major failure and affect the life. (Some models start around midnight, so I would like to confirm when purchasing)

〇 Do not place near anything that produces magnetism. Examples include computers, smartphones, cases and bags with magnets. Please note that the self-winding type is weak against the influence of strong times, especially if a phenomenon called “magnetic banding” occurs, it may cause stoppage or deviation, and it will be expensive to remove the magnetism.

〇 Depending on the amount of exercise, the hand winding of the crown is also used. For people who open it for a long time, or who do not have much exercise, if you rely only on automatic winding, the mainspring may run out, which may cause the time to go wrong or stop, it’s not a very good in any cases. It is also a usage to watch the timing (said to be good before wearing it) to manually sprinkle the crown to compensate for the low momentum. * However, if the crown is wound up too much during operation, the slip function that protects the mainspring from over winding will be consumed and the life will be shortened.

〇 Please refrain from wearing when doing intense sports. Some people may mistakenly think that if the mainspring is automatically wind by exercising, doing more intense exercise, such as sports, will increase the winding force. Basically, a mechanism called a rotor that rotates to the extent that it reacts to arm movements during walking, but if this turns excessively due to excessive movement, the axis will break, and the original one will disappear.

〇 The chronograph will be operated correctly and in order. A chronograph is a function like a stopwatch that measures time. The buttons are pressed in the order of Start → Stop → Reset, but if you make a mistake in this order, it will have a great impact on the mechanism, so be careful.

What are the precautions for handling “manual” watches?

This type, which is also known as the mainspring type, has the earliest appearance among the three and has a history, and the traditional mechanism is adopted. If you attach it like automatic winding, the mainspring will not be wound automatically, so it will take time to do it manually. Basically, there are many common points with “automatic winding”, so I would suggest you to refer to that, and I will list only the different parts.

〇 Do not overwind after “stop winding”. The self-winding watch also has a crown, so it can be used in combination with manual winding, but the major difference is that in the case of manual winding, there is no “slip function” (prevents excessive winding and prevents the mainspring from running out). There are many cases where you try to force it to wind up, the mainspring will be cut off. The crown cannot be wound indefinitely, and if it becomes a so-called “rolling up”, the rule is that it cannot be wound further.

What are the precautions for handling quartz watches?

Quartz type is also called the battery type, and it is a type that has increased rapidly even in luxury watches since the 1970s. It can be distinguished by the presence or absence of the crown, but in the case of the mainspring watches, the second hand moves smoothly instead of moving every seconds, whereas for the quartz type, it make “sound” every second. Then you can tell. This is called because the electric power generated by the battery, not the mainspring. Running and is controlled using quartz. Actually, the precision of the time and durability are quite excellent, and there are not so many caution points to be noted when compared with the spring type.

〇 Note that the chronograph consumes a lot of battery power. It is the stopwatch function that consumes a lot of power. If you use this function for a long time on a daily basis, consumption will be faster, so we want to keep it as short as possible.

〇 Be careful with magnetism This is also a common point with other mainspring watches, but the risk of becoming a so-called “magnetic band” increases. Keep it away from PCs, smartphones, and other devices with magnets.

How was it? The items listed here are often written in the manuals, and are often the items that are explained at the time of purchase. There are various things, including the details, that should be noted other than those listed here. Also, the handling precautions may differ depending on the model. However, it is important to be aware of these rough differences in handling by mechanism. Thank you for reading.